Suckling on maple syrup, watching reflections dance on the canal waterfront and anxiously dodging the swarm of Danish cyclists – pinch me if this is real, but am I in Copenhagen?

I like planes. I love airports. However, I’m not a huge fan of delayed planes at an over-crowded airport. That’s the icky pickle that I found myself in on a Wednesday morning in London Luton Airport, and unlike a McDonalds cheeseburger, I couldn’t just remove this pickle and place it politely aside on my friends plate. Crying infants and elderly nomads were the only company I had, but it’s all a fine price to pay when you’re about to indulge in a selfish, solo and spontaneous journey to the Scandinavian sights. For me, there is something so tempting about the idea of striding inexorably forward and uncovering a city like a treasured fossil; to figure out it all its secrets, history and culture, only to then just vanish without a trace…

You know the saying that people casually exclaim whenever they feel guilty about their own gluttony and materialistic purchases? Treat yourself.  Yeah, well that was my motto for the entirety of the trip. I decided the best possible way to swim in my indulgent pool was to head to one of the most expensive (but oh so beautiful) parts of Copenhagen – the Nyhavn. Folks, I can now confirm that, yes, it does look exactly like the postcards. I seated my privileged little bottom in a river-side seat and sipped on an Aperol Spritz while trying not to cringe at the price of the Rib-Eye steak I was ordering. I then conducted the greatest session of people-watching whilst I weirdly shed a silent tear at just how god damn lucky I was, and how god damn good this trip was shaping up to be. 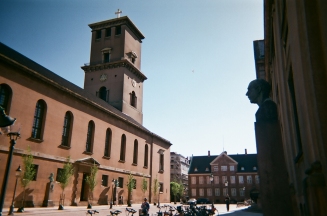 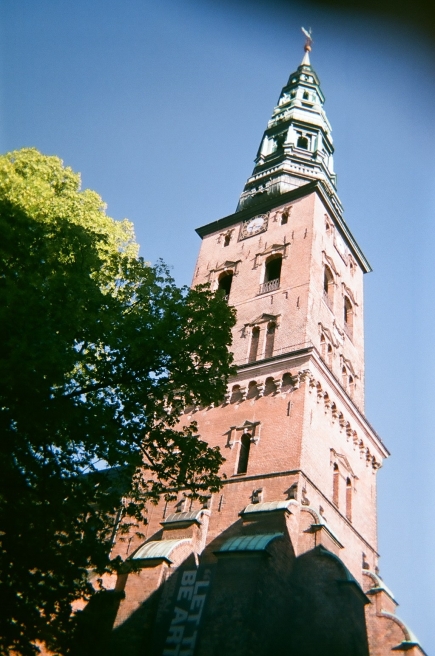 With my scruffy Stan Smiths laced up and an a A-class organised itinerary in my hand – it was time to go burn some exploring calories and visit the cities most iconic and historical tourist attractions. Since browsing don’t cost a thing, I first strolled along the Strøget (a large pedestrian shopping strip) whilst licking an Oreo ice cream at 11am because I am an adult-child who still has no concept of a balanced diet.

I went on an extravagant tour of the Christinasborg Palace’s royal reception rooms, kitchen, ruins and stables, where I pretended that I was the brown version of the Aussie-born, Princess Mary. I studied the unique tapestries that depicted 1000 years of Danish history and stood on the same marbled grounds where Prince Federick threw his banger 50th birthday party that lasted until 4am in the morning. Since I love getting dizzy and a little giddy from climbing up towering lookouts, I paid a visit to the Rundetaarn Tower and Tower Tårnet, which is pretty much a 17th century Danish version of Round the Twist.

Taking advantage of Copenhagen’s free walking tours, I journeyed to the green-light, Snoop Dog district of Christiania: the autonomous anarchist Freetown in Denmark that runs on its own developed set of society rules and collective community values. On the tour I met Danny from Darwin; a 30-year old Aussie who wore blue reflective glasses and a t-shirt that stated “Pot is fun”. Together we listened to the drowned Merman tales, speed-dated the ambitious Renaissance ruler Christian IV, and learnt that a whole lot of Copenhagen’s past history was all about fire and flames.

On my way back home I said a cheerful hello to Magstraede and Snaregade, two of Copenhagen’s oldest streets which are still intact with their original cobbles and brightly plasterwork houses. Feeling sentimental, I crossed through the gardens at dusk with Louis Armstrong and listened to him serenade What a Wonderful World into my ears. Pushing the soppiness to a whole new treetop,  I passed by a young blonde boy and his mother tossing a frisbee to each other, while their smiles stretched and flew even further. In this space and time, it really was exactly that. A wonderful world. 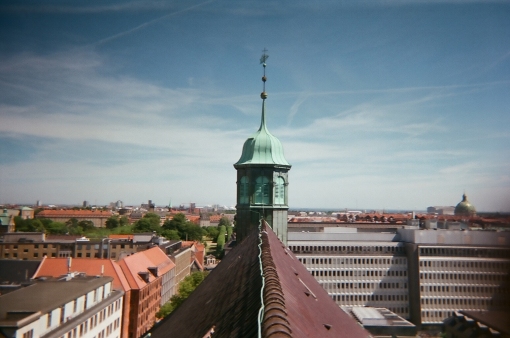 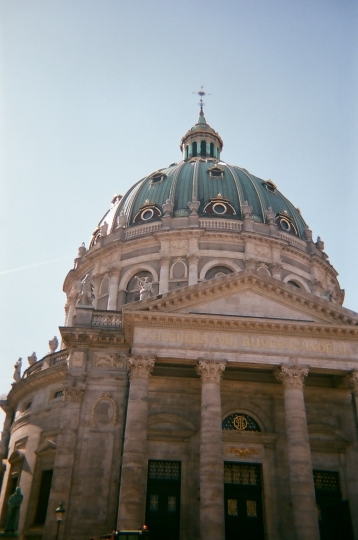 Today was a day fit for a King…and the rest of the royal family. I had a date with the palaces and castles and I wasn’t going to stop until I saw every gold throne, porcelain gift set, and weird naked baby angel painting in Copenhagen. Taking on Rosenborg Castle first, I trekked up the turrets and made the perfect “oohs” and “ahhs” at the regal architectural development and medieval vibes. I managed to touch my pinky on one red velvet victorian chair despite the sign that warned me DO NOT TOUCH.  I then realised that it was in the bedroom that Christian IV died in and slowly began to feel slightly ill.

After a spontaneous banana ice-cream reunion in Torvehallerne with an old friend from university (shout out to Ella), I managed to kick my backside into exploring gear and accelerate onwards to more discoveries. In case you were wondering if ascending 400-steps up to a 95m-high spiral tower just after eating ice cream was a good idea, let me confide in you that it definitely is not. Regardless of the “wash the dishes, dry the dishes, turn the dishes OVER” that was happening in my tummy, the Church of Our Saviour is a beautiful attraction that features a baroque church and an elaborately carved pipe organ from 1698! Plus, in an alternate and wackier universe, it would totally pass off as a Willy Wonka chocolate factory.

To seal the deal on our romantic love affair, I spent my last somber night roaming around the Tivoli Gardens & Amusement Park. Yes, it did look as sad as it sounds when you see a lonely young woman eating chicken nuggets on a park bench by herself. However my solitude still didn’t subtract away from the magic and beauty of the world’s second-oldest operating amusement park! There is something so warming about the combination of fairy floss, children on merry-go-rounds and lovers competing against each other to win excessive, over-priced stuffed animals. It just makes every bad thing in life disappear into abyss.

By the third and final day I had also realised that Copenhagen was the base of a confidential genetically modified program that was experimenting in breeding only extremely attractive people. I’m not fibbing when I say that pretty much everyone in Copenhagen is somehow very obscenely good-looking. I found myself googling “Why is everyone in Copenhagen so attractive?, “Danish genes” and “Is beautiful men in Copenhagen a legitimate thing?”. Research checks out – it totally is. 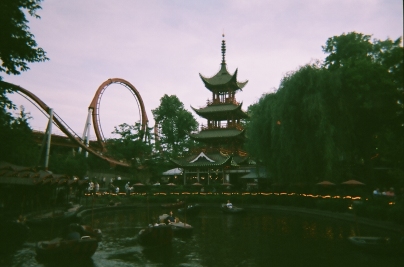 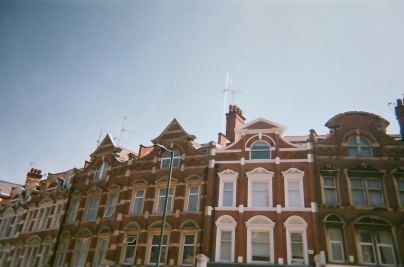 Beyond the physical qualities of Copenhagen’s people, their hearts and minds are extremely kind and happy too. After coming from London, Copenhagen almost felt like the social antidote that I didn’t know I needed until I had conversed, smiled and snorted it up into my system. It was nice to experience a reciprocated smile again and a warm hello to passing strangers on the sidewalk. Between the biking system, their simplistic food and their modernistic view on minimalism, I could see why the Danish lifestyle was such a sought-out and popular curiosity. From the architecture, the cuisines and the intelligent infrastructures to free education and free health care, Copenhagen is a place that knows how to practice and preach the perfect balance between work and leisure.

Funnily enough, it took me coming and falling in love with another country, to realise why I also came and fell in love with London too. I was cautious of popping my blissful Copenhagen bubble with the hustle and bustle of London life, but when I touched back down into the grey clouds, I got an odd sense of home. I was pushed, shoved and had one of my kidneys removed whilst I got onboard the coach. When I sat down I felt something prodding into my leg from that gum-infested space between the seat and the buckle. A crisp 10 pound note. It kind of felt like London was saying welcome back loser as it slowly slipped a sly 10 quid into my back pocket with a knowing smile on its face and a cold greeting hug.

I'm an Australian writer and content creator who is passionate about the art of storytelling; be it through writing, photography or film. View all posts by Katelyn Bulner

I'm an Australian writer and content creator who is passionate about the art of storytelling; be it through writing, photography or film.